When working for a big-city mayor in 1988 Sheila developed and ran Ontario's first employment program to place Black youth in management trainee positions with blue chip firms based in Toronto that signed on to participate in this groundbreaking initiative with North York mayor Mel Lastman. They included companies like IBM, CBS Records and the Toronto Star. CBC-TV ran this story. Offering this program required Ontario Human Rights Commission approval.

Sheila wrote an anti-racist joke book in 1993 to fight racism and bigotry.

Proceeds from the sale of the books went toward youth programs.

Sheila is the originator of many attention-grabbing political stunts

Issues such as opposing the sell off of Ontario's public electricity system in 2003 and advocating for the construction of the Sheppard Subway in Toronto in 1994, Sheila was there with creative ideas to attract the cameras.  For hydro, she created Hydrozilla, and for the subway she had a well-known civic leader pull a proverbial rabbit out of the hat. Eventually over the years some of Ontario's power system was privatized. The full Sheppard Subway was half built.

Some of Sheila's Media Credentials: 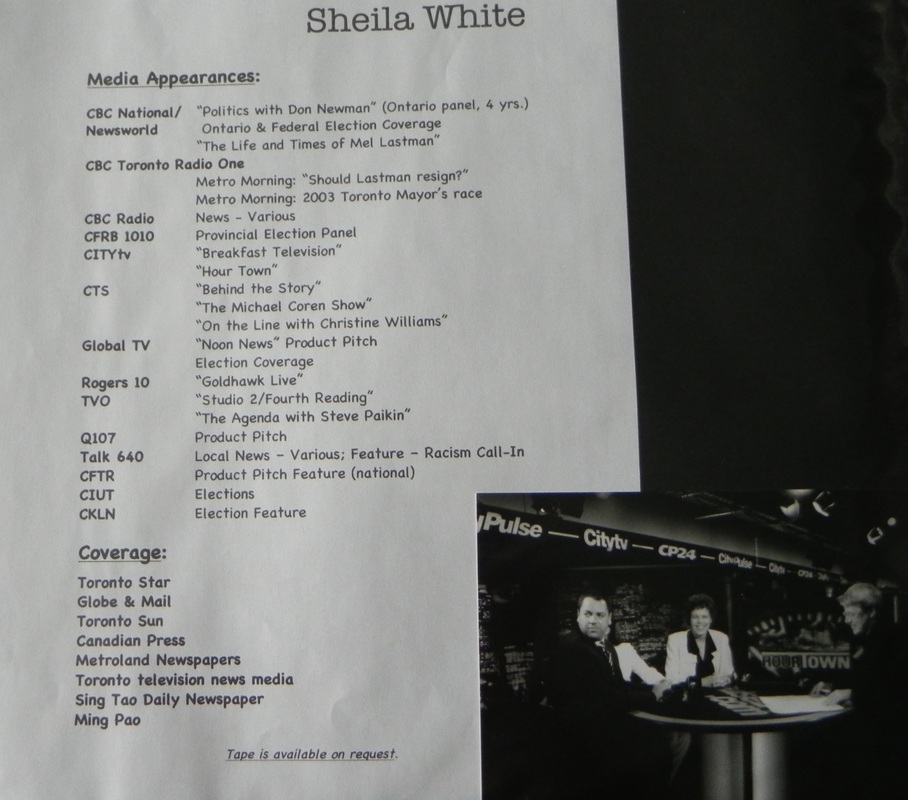